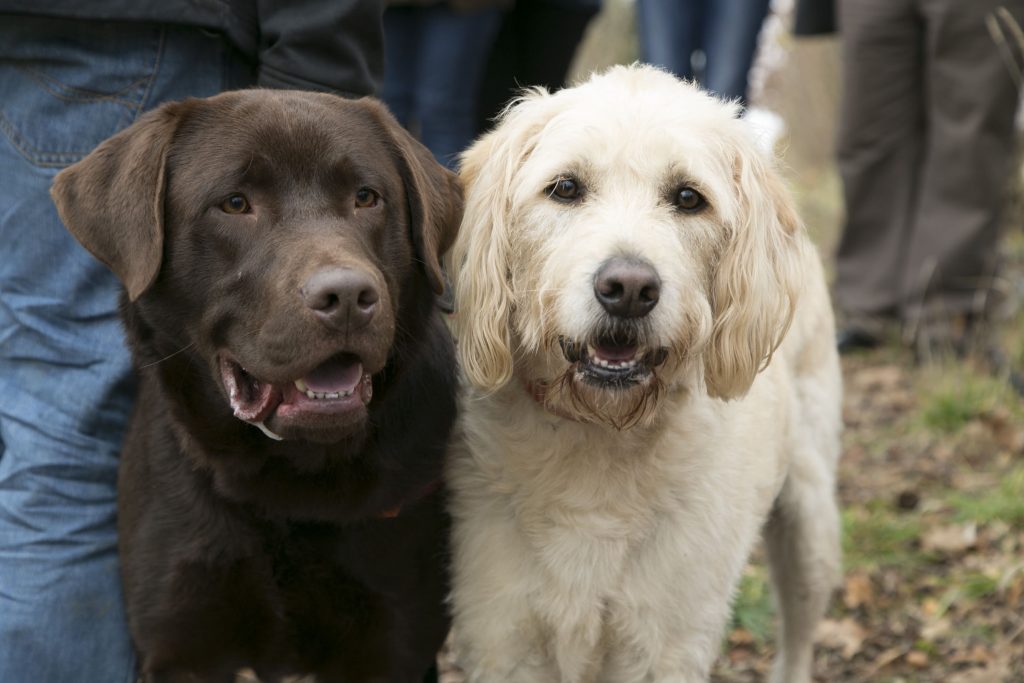 ”I could see that this must work when I saw how calm and disciplined her own dog was.”

I arrived in the UK with my 2 dogs after a long and slightly traumatic 5 day drive over from Greece. My 8 month old setter/lab cross was not socialised at all from a young age, so suddenly being exposed to so many other dogs, people, bikes, horses etc, he became very anxious and would rush up to everyone we met barking furiously with his hackles up and then screech in terror when the dogs approached him. This in turn caused me embarrassment and stress which in turn made him worse.

I contacted Terasa and she immediately came over to me and we began the process of socialising him – which to me seemed like an impossible task! What I liked from the start is that her approach was gentle and based on positive reinforcement. I could see that this must work when I saw how calm and disciplined her own dog was. She brought him along as backup, which was enormously helpful. By initially avoiding direct confrontation with other dogs, and instead encouraging distraction and absolute attention to me, we gradually improved his rather frightening behaviour. It took time and a lot of patience, especially as it was Christmas and there were literally hundreds of people out walking, but it worked. So now after 6 weeks my dog walks are becoming pleasurable again.

I was particularly impressed by Terasa’s patience in endless repetition, even in the freezing drizzle around a car park full of people and dogs! Not many people would want to work in those conditions. She also backed up every session with an informative email and showed interest in how I was progressing on my own with him. I would highly recommend her to anyone with a problematic dog. Thank you, Terasa!